It's a tool that's been around for centuries, but most people are hard-pressed to pick up a bullwhip and not immediately associate it with Indiana Jones. If you're interesting in learning to crack a bullwhip for the first time, here are a few things you should know about the three biggest mistakes you can make.

#1: Getting a whip with a swivel handle

One of the biggest mistakes that a person trying to use a bullwhip for the first time makes is getting one that has a handle that swivels. Most of the time, these models are indeed cheaper, and it seems like a rotating whip would be easier to use. The thing is though, with a rotating handle, the actual whip can easily spin out of control. Precise whip control is pretty important for any skill level, but even more so for a beginner. For a first-timer, get a whip with a fixed handle.

If you're really interested in learning to crack a bullwhip, one of the biggest tips you can learn is to get a decent whip. You'll likely see beautiful ones online that cost more than $1,000, but you don't need something that expensive to start. By that same token though, you'll also see some for as cheap as $20—and if that's all you spend, you'll be getting something that's not much more than a Halloween prop. It's much, much easier to crack a quality bullwhip than it is a cheap one. so if this is a hobby you want to get in to, it's worth the initial investment.

If there's one thing that a beginner wants to do, it's perfect the art of making a deafening, "Indiana Jones-esque" crack. But remember that a whip cracking is literally a sonic boom created when the end of the whip travels faster than the speed of sound. It may not be the "Indiana Jones" thing to do, but when you have something traveling inches from your head at speed faster than sound, you're going to need some eye protection.

#3: Being too concerned with power and not technique

When it comes to a crisp bullwhip crack, the actual whip is doing most of the work. Make sure you read up online or watch videos to learn the right moves. Proper technique (starting the whip in the right shape and throwing it out in front of you) is much more important than raw power. All whips will wear over time, but using too much power can easily cause a whip to be damaged too early. Take the time to practice form with a new whip. 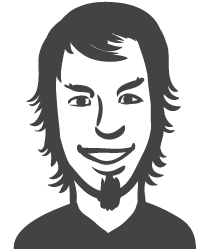 When I was a kid, I became stressed easily. Because I always wanted to make good grades in school, I worried about studying for tests, completing complex homework assignments, and doing class projects. Thankfully, I developed a hobby at an early age that helped relieve stress. After my parents bought me a hula-hoop, I spent many hours learning how to expertly twirl it around my waist. Once I was able to keep a hula-hoop twirling around my waist for an extended period of time, I started learning advance moves. I never tired of improving my skills with a hula-hoop. Throughout the years, I’ve turned to this fun hobby after experiencing difficult times. On this blog, I hope you will discover the happiness learning a new hobby can bring you.

Consider These Enhancements For Your Monogrammed Note Cards
27 September 2021
In today's digital world, sitting down to write a note by hand is a special act. This is true when you use any type of paper or notecard, but when you …

Why Thimbles Are The Ultimate Thing To Start Collecting
12 January 2021
Some people collect teddy bears. Other people collect bottle caps or knives. When it comes down to it, you can really collect just about anything you …

3 Things To Understand About Redwork Embroidery Patterns
1 November 2017
If you are just taking up the art of embroidery, you may want to start with redwork embroidery patterns. These patterns use just one color thread and …